You are here: What's On > Rawdon: An Irish Family Dynasty 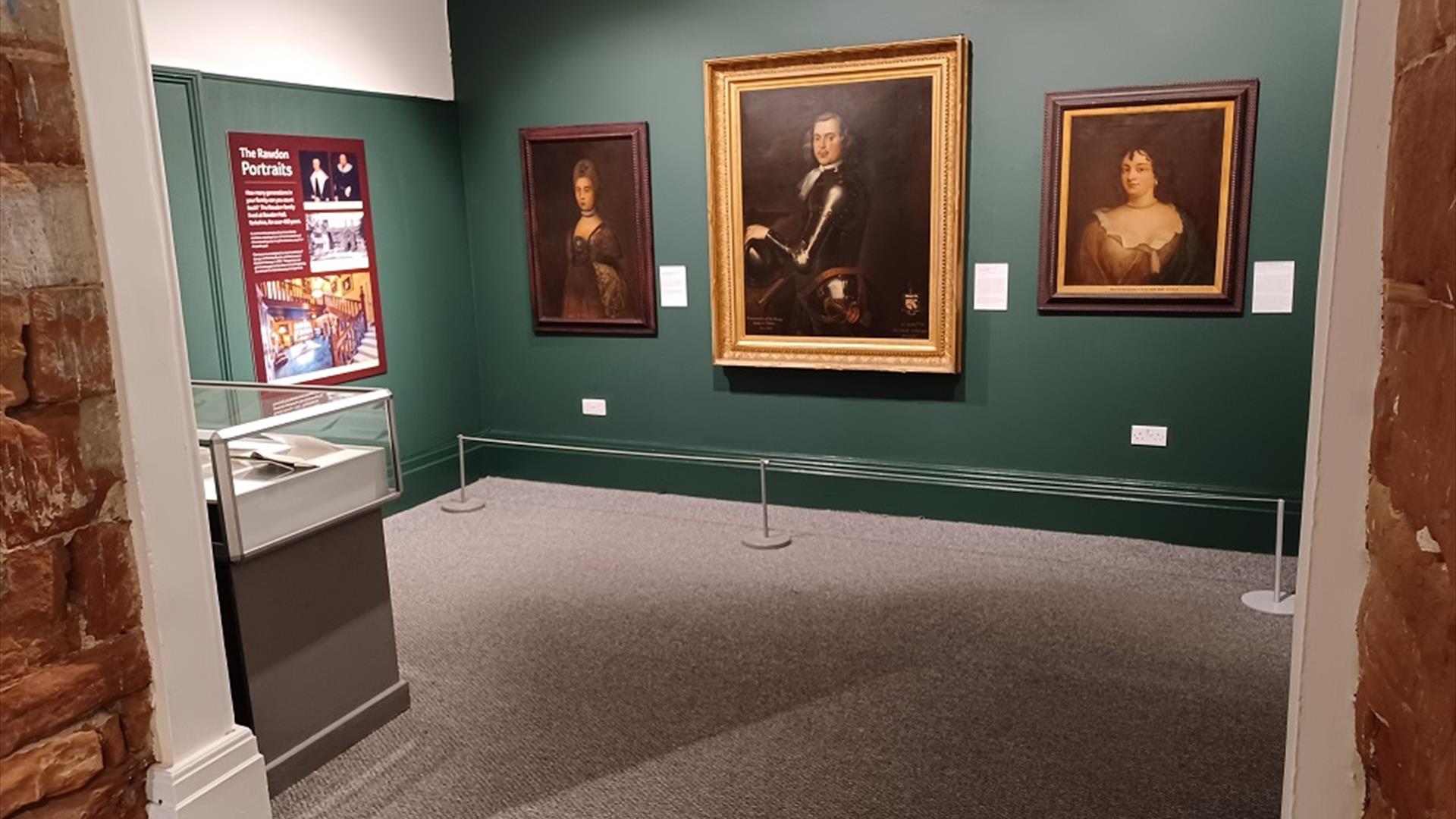 At the heart of the display are three of the museum’s most recent acquisitions: portraits of Sir George Rawdon (1604-84), his wife Dorothy, and the Countess of Moira, Elizabeth Hastings (1731-1808).

Highlights of the exhibition include:

the first public viewing, in 350 years, of a portrait of Sir George Rawdon, alongside  Dorothy Rawdon and the Countess of Moira

Archaeological finds from Castle Gardens, the former site of Lisburn Castle and one of Ireland’s most important extant 17th-century Gardens. T

Prints and rare books relating to the Rawdon family, and the Marquess of Hastings

Paintings, postcards, trade tokens and ephemera connected to the Rawdon family, including Montalto House, Ballynahinch, and Donington Park, Leicestershire, seat of the 2nd Earl of Moira

From the late 1620s, Sir George Rawdon was Agent for successive Lord Conways, and managed their Irish Estate.  Rawdon played a key role in developing Lisnagarvey, later Lisburn; laying out the streets, founding the market and church and growing industry.  He defended the town during the 1641 Rebellion and was later given charge of a horse troop by Charles II.  Created 1st Baronet in 1665, he used his talent, cunning and networks to gain land.  He founded the town of Moira, where he had a house, as well as the Co. Down town of Ballynahinch.  He is buried in Lisburn Cathedral. His wife, Dorothy Rawdon, was the sister of the 1st Earl Conway, and she spent her youth and later life at Lisburn Castle.

The Countess of Moira was married to the 1st Earl of Moira, John Rawdon, the great-grandson of Sir George Rawdon.  The couple lived at their estate at Montalto, Ballynahinch, Moira Castle, Moira, and Moria House Dublin.  A noted socialite, Lady Moira’s salon in Dublin was visited by almost every well-known writer, poet, revolutionary and politician in late 18th-century Dublin, from Maria Edgeworth to John Wesley and Theobald Wolf Tone. An antiquarian, she published one of the first studies of a bog body found at Slieve Croob, on the Rawdon estate, in 1785.