You are here: What's On > Robert Vincent and Jesse Terry 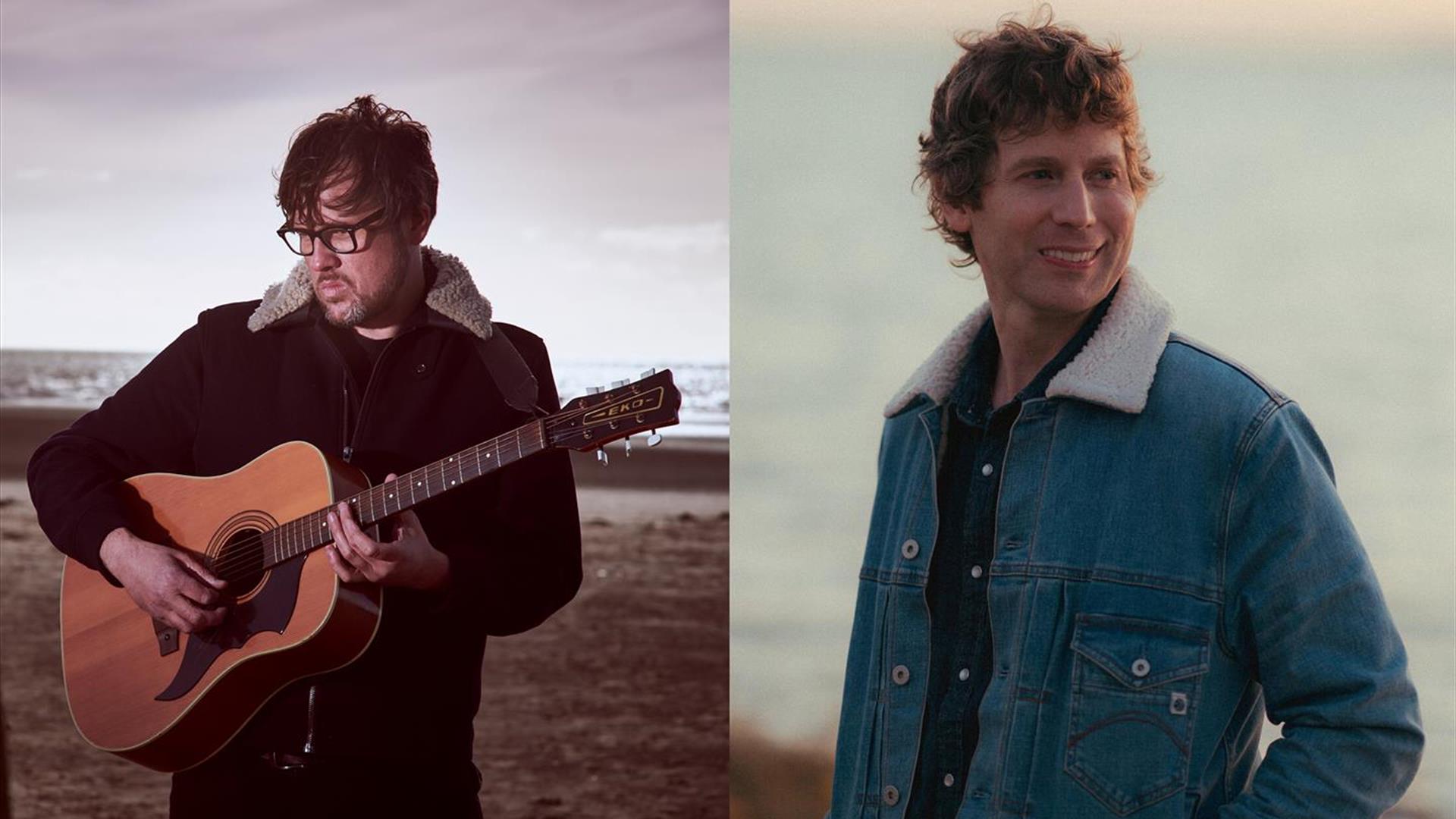 Multi-award winning Robert Vincent is one of the most acclaimed voices on the UK Americana scene. In 2016 he was awarded the inaugural ‘Bob Harris Emerging Artist’ award at the Americana Music Association UK’s first annual awards ceremony. Robert’s second album I’ll Make the Most of My Sins received the AMA UK’s ‘2018 UK Album of The Year” award.

His 2020 album ‘In This Town You’re Owned’, recorded at the legendary Rockfield Studios and produced by Brit Award winning Ethan Johns, received critical acclaim in the UK, Europe and the US. This album saw Vincent voted as both ‘UK Artist of The Year 2020’ and the album as ‘UK Album of The Year 2020’ by the readers of Americana UK magazine. Further AMA UK awards followed with Vincent receiving both the ‘2021 UK Artist of the Year’ award and ‘2021 UK Album of The Year’.

‘A young man filled with dreams, regret and shocking talent, giving his all– now is his time’ MOJO

Now on his seventh album, ‘When We Wander’, Jesse Terry performs his beautifully crafted songs to around 150 audiences a year from Bonnaroo to the Philadelphia Folk Festival, the 30A Songwriters Festival to Americana Fest. Recorded live, ‘When We Wander’ prioritises emotion and raw performances over perfection.

Following a degree from Berklee College of Music, he spent five years as a staff writer on Nashville’s Music Row, penning material for major TV networks, and winning prestigious songwriting awards. Then on to become the singer-songwriter his countless fans know today, who (in the words of Music News Nashville) ‘bring[s] to mind iconic artist/poets like Paul Simon and Jackson Browne…. [with] a performance that touches the heart like only a whisper can.’

It is easy to compare Terry’s heritage and storytelling to that of Jackson Browne, James Taylor or Bruce Springsteen…. A symphonic delight for the heart and soul.’
Americana UK 9/10