You are here: Things to Do > Wallace Park 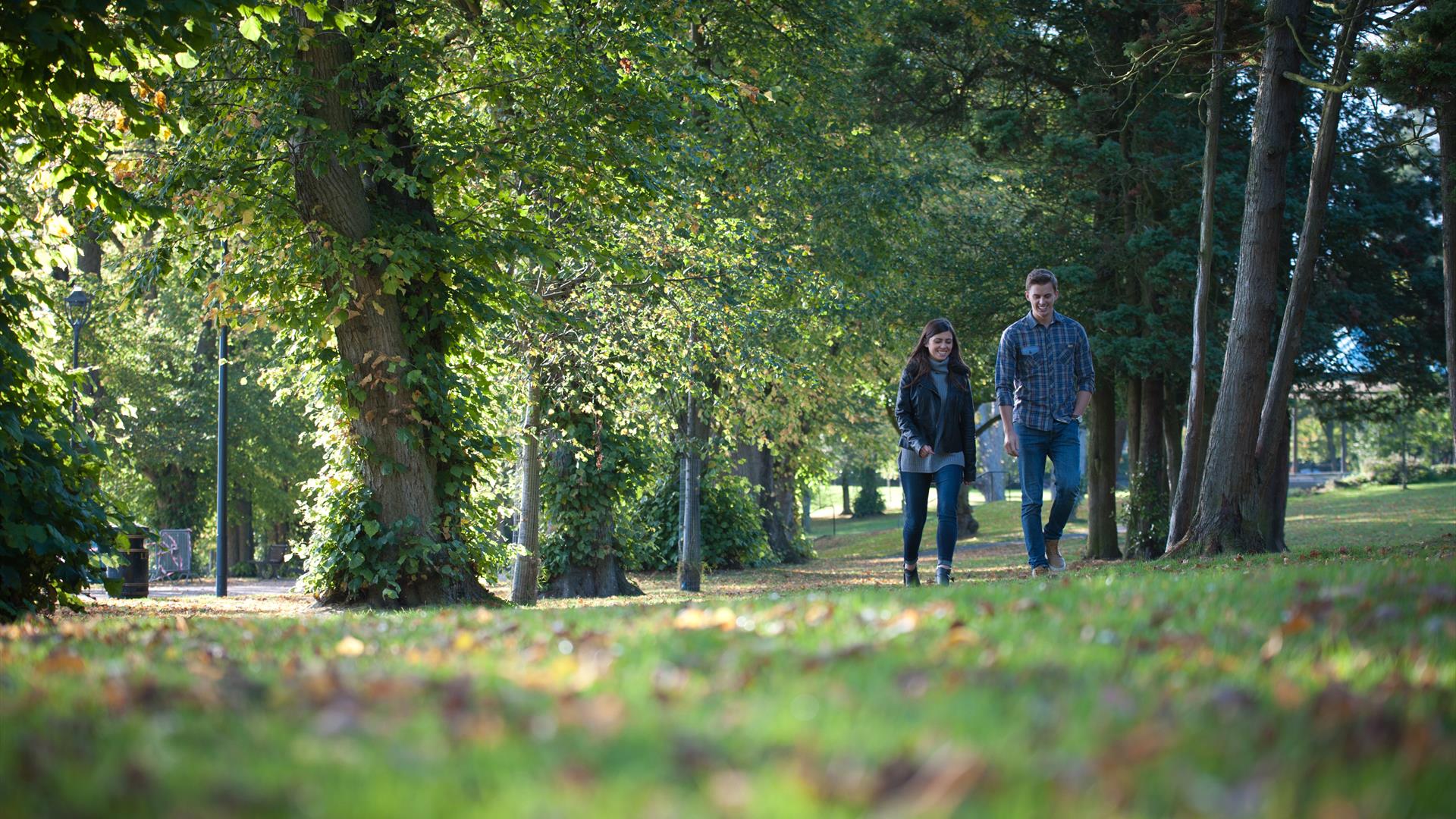 Wallace Park largely retains its original layout and much of its Victorian character.  The Lisburn Cricket Club ground predates the park as does the duck pond which was built in the seventeenth century as the town reservoir.

In 2010 Lisburn City Council undertook a major refurbishment of the park, which was completed in 2012.  This included works to restore the duck pond and Victorian bandstand, resurface the roads and pathways and install new lighting, CCTV, litter bins and seating.  A new children’s play area was also created and a new sports pavilion built beside re-laid tennis courts.

The park provides a green oasis in an otherwise urban landscape and is often busy with visiting dog walkers, families, cyclists and workers on a lunchtime stroll. The many mature trees around the park have lots of cracks and crevices in the bark for small birds to nest and bats to roost. The trees will attract a wide range of invertebrates such as caterpillars, aphids, moths, spiders and beetles - upon which the many birds which use the park will feed. Midges, moths and other flying insects will usually become active around dusk and provide a rich source of food for foraging bats such as Common Pipistrelle and Leisler's Bats.

The large areas of grassland are managed for amenity activities but they also shelter a range of worms, caterpillars and other invertebrates upon which many of the park's resident birds - Rook, Jackdaw, Magpie, Pied Wagtail and Robin for example - will all feed. A small pond attracts Mallard and Black-headed Gulls, also many other bird species which visit to drink and bathe.

Urban green spaces such as Wallace Park are much more important than many people realise. For example, did you know that many trees are able to absorb toxic exhaust fumes that are produced from our cars? They essentially clean the air that we breathe. Lots of trees in our urban centres mean that people are healthier and less likely to suffer from breathing complaints such as asthma, which are often triggered or made much worse by air pollution.

Trees also help to absorb noise from busy roads and also provide shelter from the worst of the elements throughout the year.