You are here: Food & Drink > The StillHouse 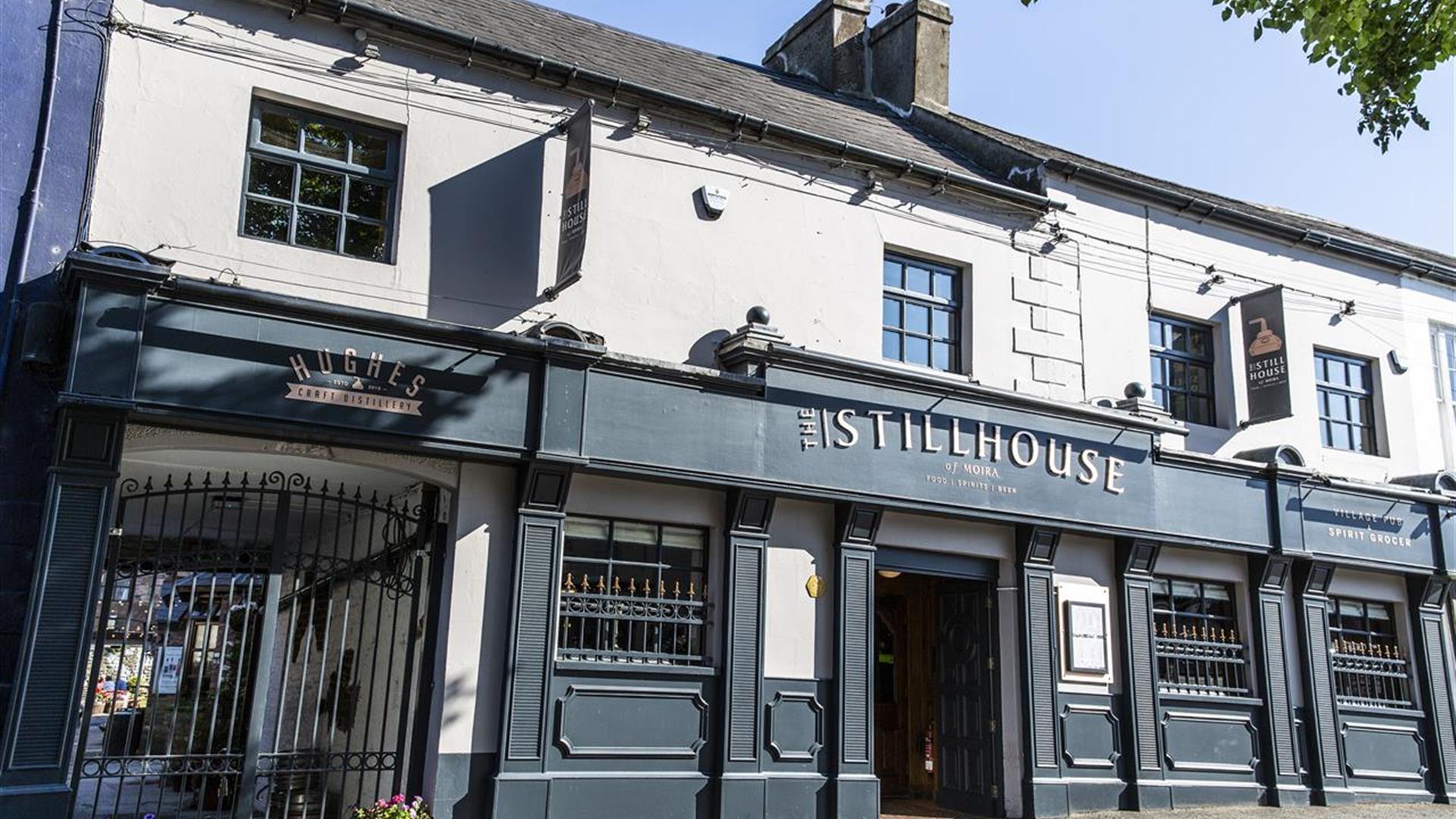 Serving delicious seasonal food with an emphasis on local produce, The StillHouse has something for everyone.

Whether you are passing through the Moira village for something to eat, connecting with the locals, catching up with friends over cocktails, looking for somewhere to watch the sports on the big screen or enjoying the live entertainment over the weekend.

The StillHouse is home to Hughes Craft Distillery - a small batch distillery owned by husband & wife Stuart and Barbara Hughes. They set up their small batch business back in 2010 in their Dromore kitchen and were the first craft spirits producer in the North of Ireland – much ahead of the craft spirits movement we have in Ireland today. The award-winning RubyBlue Spirits range is produced in the beautiful village of Moira, with adjoined Gastropub The StillHouse and Gin school.

Hughes Craft Distillery is best known for their award-winning RubyBlue berry liqueurs in Blackcurrant, Cranberry, Wild Blueberry and Chilli Pepper variety’s. Launching RubyBlue Vodka – Ireland’s 1st Potato Vodka back in 2015 and collecting Gold at The Global Vodka Masters and Silver at The New York World Wine & Spirits Competition elevated the business in both home and export markets including Australia, UAE and Russia.